Feedback on The Red String 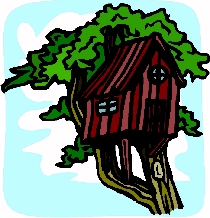 1     Daisy was a monkey who lived in a tree house. She wore a pretty, pink flower over her ear. Her best friend was a parrot named Chad. He had gone on a trip.

2     The mail monkey came with a note for Daisy. She read it and then asked, "Did you read this note?"

5     "The note says to go out and follow a red string. There is a surprise waiting. Did you see a red string outside?" Daisy asked.

7     Daisy put the note on the table. She sat down to dine on egg salad. "Should I add salt or pepper?" she asked herself. Then she added both. After the egg salad, Daisy could have a banana or an apple. She picked an apple and cut it up. She saved the seeds.

9     Daisy decided to ride her bike, but she found a red string tied to it.

Paragraphs 10 to 24:
For the complete story with questions: click here for printable