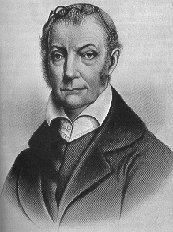 Orphaned as an infant and raised by his aunt and uncle, Aaron Burr was a mischievous but very bright boy who grew up to become the third vice president of the United States. Because his wealthy family bequeathed him a large sum of money, he was privately tutored. By the age of eleven, Burr could have enrolled in Princeton University; however, he did not attend until he was thirteen when he was granted the favor of entering the sophomore class. Three years later he graduated. His lifetime goal was to be "a perfect man of the world."

After graduation, Burr decided to study law, but when the Revolutionary War broke out, he was called into service under the command of Benedict Arnold. His first expedition took him to Canada where he arrived before the Battle of Quebec. In order to inform General Richard Montgomery of their arrival, Burr disguised himself as a priest and traveled through British lines to do so. While serving in the army, Burr saved an entire brigade from capture, commanded a regiment, and performed intelligence missions.

After the war, Burr took up his law career again in New York City where he stood out as a leader. He served two terms in the New York legislature. One man, Alexander Hamilton, became his only rival. In 1791 Burr surprisingly defeated Hamilton's father-in-law in a run for the United States Senate. This gave Hamilton one more reason to dislike Burr. Burr held his senate seat for six years, but then the tables turned. Burr was defeated by the man he had beaten earlier.