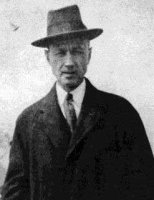 A source of pride for the citizens of Connecticut is the music of composer Charles Ives. His father, George Ives, was a U.S. Army bandleader throughout the American Civil War. Charles was born in Danbury, Connecticut, in 1874. Charles Ives grew up listening to the sounds of his father's marching band playing on one side of the Danbury town square while another band played simultaneously on the other. Charles took music lessons from his father. He was taught traditional music theory along with experimental music. His father also introduced him to the music of Stephen Foster, whose songs included "Camptown Races" and "Oh! Susanna."

At age fourteen, Charles became the organist for his church. As part of this job, he wrote various songs and hymns for the church services. One of these pieces, written in 1891, was called Variations on "America". This piece included several different variations on the song "America," also referred to as "My Country 'Tis of Thee," written by Reverend Samuel F. Smith.

After graduating high school in New Haven, Ives enrolled at Yale University. He studied music there under American composer Horatio Parker. During his time at Yale, Ives wrote a campaign song for William McKinley in 1896. He composed his first symphony while there, too.