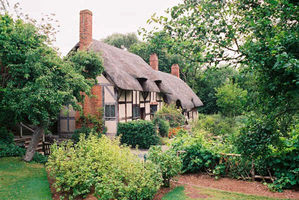 Life in the English Countryside

As life was changing rapidly in the large cities of England, life in other areas remained much the same as it had been for centuries. Factories brought huge population increases to the cities, and city life boomed. City residents discovered a new way of life, but in country villages the traditional lifestyle remained nearly unchanged.

There were a few changes, particularly the new steam-powered machinery, that made farm production more efficient. But for the people who remained in the countryside, daily life continued much as it had before the Industrial Revolution.

Life in country villages continued to move at a slow pace. The daily schedule depended on the times that the sun rose and set and on the weather.

In a typical village, the largest number of workers was still employed in agriculture or in domestic service. A smaller number of people worked in various trades. Even fewer worked in the professions.