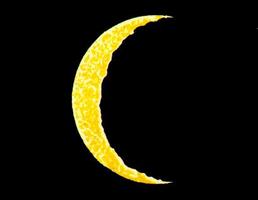 The lune (rhymes with moon) is a very short poem. It's similar to the popular haiku form of poetry. While a haiku follows a 5/7/5 syllable pattern, the lune's syllable pattern is 5/3/5. Typically, since the middle line is restricted to three syllables, it is the shortest line of the three. This gives the lune a curve on the right side similar to a crescent moon.

Here is an example:

All piled on my desk

The lune was invented by poet Robert Kelly in the 1960s. Kelly is the author of more than 70 books of poetry and short fiction. When he invented the lune, he wanted poets to have freedom of choice. Therefore, the lune can be about anything, unlike the haiku, which is expected to be about nature.