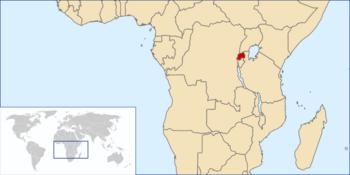 Rwanda Since the Genocide

Rwanda, like many other countries, already had a long history of bloody conflicts between groups competing for control of the country. Then in 1994, the situation in Rwanda became much worse than it already was. In about one hundred days in 1994, hundreds of thousands of Rwandans were killed, not in battle but simply murdered. The extent of the genocide was estimated at eight hundred thousand or more people killed.

Millions of other people left their homes and became refugees. They fled to Zaire and other neighboring countries.

Although the United Nations sent a mission to Rwanda, it was able to accomplish little. It received little support from member nations that did not want to get involved in a conflict in a small African country.

Rwanda had to start rebuilding nearly from scratch. At the end of 1994, there were no schools, hospitals, factories, or government agencies still functioning normally in Rwanda. The country was not producing enough food to feed its own population. Its people were living in dire poverty. Everything had to be rebuilt.