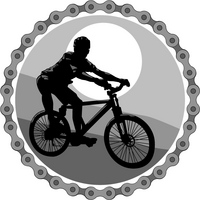 Jacob left his bicycle out in the rain. He forgot about it over the weekend. When he went out to ride it again, his chain was stuck. It had rusted. He asked his dad for a ride to school.

"Why don't you ride your bike?" his dad suggested.

"The chain is rusted. I need a new chain," answered Jacob.

"Rusted? How did that happen? Your bike is only a few months old," said his dad.

"I guess I forgot to bring it in when it rained last week. I didn't notice it until today," answered Jacob.

"That makes sense, Jacob. The consequence of leaving metal things out in the rain is rust. You didn't think about the consequences of your actions, did you, son?" said his father. "I'm afraid you'll have to take the bus or walk today. I can't take you to school. I'm going out of town on business. That's the consequence of not being able to ride your bike."

Jacob was disappointed. He knew it was his own fault, and that made it even tougher to swallow. He decided to walk rather than ride the bus. He didn't want his friends to think he had to ride the bus with the little kids. Jacob didn't think about how much longer it would take him to get there.

By the time he arrived at school, Jacob was tardy. He had to check in at the office before he went to class. The secretary asked Jacob for an excuse from his parents for being late. He didn't have one. Jacob didn't think about the consequences of being late to school. He was only thinking about what the other kids would say if he rode the bus. He was given a note to take home telling his parents he had detention for an unexcused tardy.