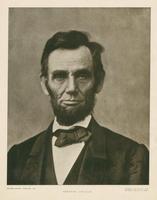 On November 19, 1863, President Abraham Lincoln stood in Gettysburg. He was there to dedicate a new cemetery. He spoke for only two minutes. His speech is still famous today.

It had been about four months since the North had won the battle at Gettysburg. The battle had left more than three thousand bodies on the battlefield. People wanted to bury these dead quickly and honorably. Pennsylvania bought land near where the battle was. This land became a cemetery.

The main speaker on the day that the cemetery was dedicated was Edward Everett. At the time, he was considered to be one of the best public speakers in the country. Almost as an afterthought, Lincoln was also invited to speak that day. He was not the main speaker.