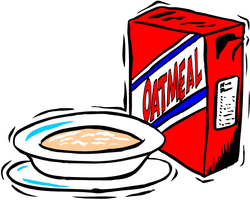 "One day I gave them each a bowl of oatmeal for breakfast. The phone rang. I went to answer it. Then I came back to the table.

"Ron had a bowl on his head. He was covered with oatmeal. It was dripping off his nose!