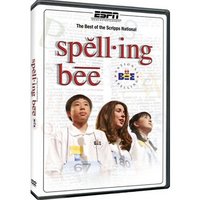 Question: What kind of bee will never sting you?

Besides naming an insect, the word "bee" is also used to describe a gathering of people to accomplish a task or hold a competition. These are tasks that would probably be difficult to carry out alone. Years ago, things like corn husking, quilt sewing, or raising a barn were often done with the help of a group of neighbors and friends. The group got together with the purpose of accomplishing a task. The gathering almost always included food. Entertainment was often included after the meal.

The earliest known use of the word bee was in 1769. It was used to describe a spinning bee. Colonial women brought their spinning wheels to a neighbor's house. All the wheels were set up in the same room. As the women caught up on the neighborhood news, they spun coarse wool into skeins of yarn. The goal was to see which spinner could complete her skein before supper. The reward was found in words of praise from the hostess for a job well done. A large meal generally followed the bee.