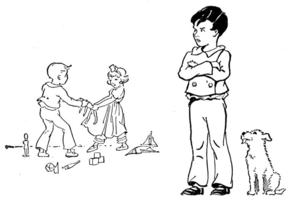 You have a toy. You like the toy very much. Someone steals your toy. He won't give it back. Would that make you angry? Probably! What else makes you angry? Being angry is okay. People get angry when bad things happen.

What is respect? It's a feeling you have about someone. Respecting someone means you won't hurt them. You know their feelings are important. You try very hard not to hurt their feelings. Respect makes our lives easier and happier.

1. Be honest. If you do something wrong, say you did it and apologize.