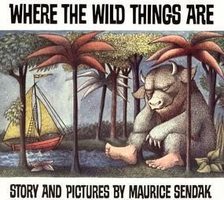 Maurice Sendak was born on June 10, 1928. He was born in New York. He was the youngest in his family. His parents were from Poland. Poland is a country in Europe. They moved to the United States. Maurice was sick a lot when he was young. His mother worried about him. She always checked on him. She wanted to make sure he was all right. Later, Maurice used that in his books. He drew a moon on a page. The moon was peeking at the top of the page. It was like his mom checking on him.

Maurice did not like school. He was not good at sports. He did love to read. He liked it when his father read to him. Maurice often asked his sister to get him books. She would check books out from the library. Maurice also liked art.