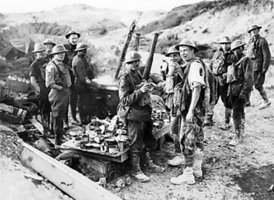 Canada in World War I, Part 1

What does it take to plunge the globe into a world war? In the case of World War I, it involved decades of building nationalism, military alliances, and the competition for colonies with increased trade.

These stresses reached a critical point in 1914. All that was needed was a spark to set it off. That spark turned out to be the assassination of Archduke Ferdinand of Austria-Hungary in Sarajevo on June 28, 1914.

By the beginning of August 1914, many of the major players of the war had chosen sides and prepared to face off. Britain chose to stand against Germany and Austria-Hungary. Canada chose to follow Britain into war.