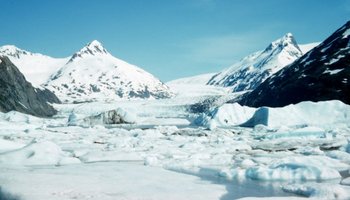 Climate During The Cenozoic Era

Did you know you are living in the Cenozoic Era? A lot has happened in the last 66 million years! Many tectonic events had taken place during the Mesozoic Era. Tectonic events such as plate collisions and separations can change circulation patterns in the oceans and the atmosphere. These changes can have big impacts on climate. Earth's climate has undergone many changes since the beginning of the Cenozoic Era.

Before the Cenozoic Era, the Earth was quite warm and wet. The final breakup of Pangaea occurred during this time. As Antarctica broke away from Australia, it moved over the South Pole. This caused a change in the ocean currents. The warm ocean current that had been flowing past Antarctic was replaced by a cold current. The climate of Antarctica cooled. Ice began to build up where forests had once grown, and glaciers formed.