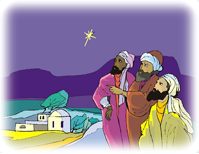 Have you ever heard of a religion called Sikhism? It has many followers--called Sikhs--many of whom live in India, where the religion was founded. Sikhism was founded about 500 years ago. It was founded by the first of ten Sikh gurus, Guru Nanak Dev. Sikhs live by the teachings of the ten gurus. The gurus carried a message of love and respect for God and love and service toward all people.

The last of the ten gurus was Guru Gobind Singh. He was born in India on December 22, 1666. His birthday is remembered on January 5 because of differences between cultural calendars. He was born to the ninth guru, Guru Tegh Bahadhur, during a very dangerous time. Guru Tegh Bahadhur had spent much of his life protecting people who practiced the Hindu religion from invading Muslims. Many Muslim leaders at the time threatened Hindus with torture and death if they didn't accept the Muslim religion. It was during this dangerous time that Guru Gobind Singh grew up.

Guru Gobind Singh was a great thinker and a great military leader against invading forces. He was also a powerful writer.