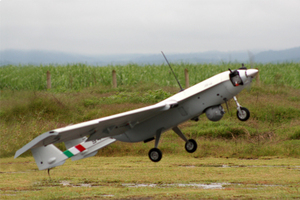 How Do Airplanes Work?

Have you ever been on an airplane? If you have, you may have wondered how they can fly. Airplanes are big. They are heavy. How can they fly through the air like birds?

Gravity is the name of the force that pushes things down toward the ground. The force is greater for heavier objects than it is for lighter objects. That means that airplanes need to be light in order to fly. Airplanes are made with light materials. They use lightweight aluminum instead of steel. They use plastic instead of glass. Every little bit helps to keep the airplane as light as possible.