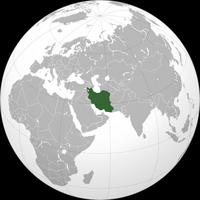 Iran is one of the oldest countries in the world. People have been living there for more than 8,000 years. Iran used to be called Persia. This desert country is on the continent of Asia. It is in an area known as the Middle East. Iran's capital city Tehran is the country's largest city.

Children in Iran are like children in many other parts of the world. They like to play soccer. Soccer is the number one sport in their country. They also like to play backgammon. This is a board game, but it is not boring! Most children in Iran also go to school. Girls go to one school. Boys go to another school. Girls normally have female teachers. Boys are normally taught by men. They learn how to read and write in Farsi. This is the language spoken in Iran. In Iran children learn to read and write from right to left. Which direction do you read and write?