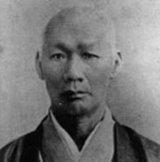 Manjiro Nakahama was born in Japan. The year was 1827. He grew up in a small fishing village. His childhood was much like that of any of the other Japanese boys who grew up at the same time. He didn't know much about life in other countries.

At this time in history, the rulers of Japan chose to isolate the citizens from the rest of the world. They did not like people from other countries coming to Japan. They refused to allow Japanese citizens the right to visit other countries. These rulers felt that if the citizens traveled to other countries, they might be influenced in bad ways. They were afraid that the citizens would suffer from being exposed to the wild and meaningless cultures found in the world.

Manjiro was happy as a child. He learned to fish. This was the life most boys in his village could look forward to. After years of learning how to fish, he might someday be able to support his own family and teach his children to fish. This was his only means of education. He didn't need to learn at a school to be a fisherman.