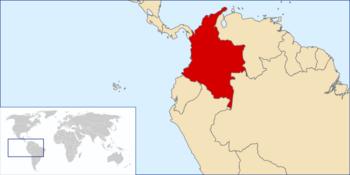 In America, freedom is cherished. Sometimes, it is taken for granted. In other countries, like Colombia, freedom is not as evident. One crime that takes away personal freedom is kidnapping. According to a private, anti-kidnapping organization called Fundacion Pais Libre, someone was kidnapped every three hours in Colombia in 2000. Even though the amount of kidnappings has gone down a great deal, it is still a serious concern for many people in Latin American countries.

Merriam Webster's Collegiate Dictionary defines kidnapping as "to seize and detain or carry away by unlawful force or fraud and often with a demand for ransom." Leftist guerrilla groups are responsible for more than half of the kidnappings in Colombia. The Revolutionary Armed Forces of Colombia (FARC) is the largest rebel army. Their goal is to get money by kidnapping people and use the money for their activities. When they "retain" a rich person and get money, they call it a "tax." Other kidnappers want to be able to bargain for the release of prisoners. Regardless of the reason for the crimes, these kidnappings are devastating.

One woman named Angela lost her husband. He disappeared when he was driving on a busy street in Bogota, the capital of Colombia. After her husband had been missing for 18 months, friends told her to give up hope. Fundacion Pais Libre gave her a way of getting messages to her husband. She spoke during a radio broadcast. She told him about the birthday gift she gave to their son. She told him about their eight new puppies. Most of all, she told him that she loved him. Even though she wasn't sure whether her husband heard her, it helped Angela to participate in the radio show.