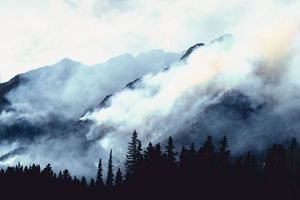 Everyone agrees that a lot of bad comes with any natural disaster. No one can deny that the death and destruction most disasters leave behind are horrific. That said, there are also several good things that can come out of a disaster.

In 2008, wildfires burned nearly 5.5 million acres across the United States. Yet the truth is that those wildfires actually prevent larger wildfires from happening. They help remove layers of dead underbrush that provide the fuel for forest fires. Wildfires also put nutrients back in the forest soil. The fire burns the wood but leaves behind nutrients such as phosphorus and potassium that are necessary for tree growth. Fire can also eliminate unwanted invasive plants. Finally, animals are often attracted to the tender new growth in fresh burn areas.

When volcanoes erupt, they belch out ash, steam, and magma. On the other hand, volcanoes created Iceland and the Hawaiian and Galapagos Islands. Volcanic ash also creates fertile soil for crops. Volcanoes can also generate geothermal power. Power plants are built to capture volcanic steam. The steam is used to create energy. This kind of energy does not pollute the environment. It also provides another solution to our country's energy problems.