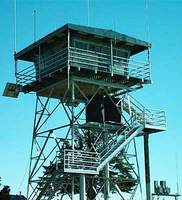 On Top of the World

First up the noisy stairs was Alan. Alan was just a little bit scared, but up he went. After Alan, Alice started up the stairs. She didn't want to fall, so she held onto the handrail. Next, Tracy began the climb. He wanted to show off, so he skipped up the steps. Jennifer was next. She knew she never would have done this alone. The twins, Joe and Jo, came next. They climbed the stairs together. The rest of the class followed.

Mr. Mitchell, their science teacher, was the last person on the lookout tower. As he climbed to the top, he saw a sign that read, "Maximum Load-Ten People." He was happy to see that only ten people were on top of the lookout tower!