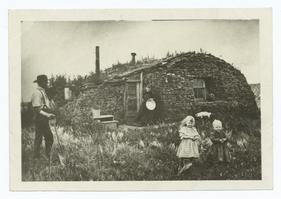 As the country grew, some Americans began to feel crowded. They wanted wide-open spaces. This desire led more and more Americans to head west.

President Abraham Lincoln signed the Homestead Act in 1862. The federal government gave 160 acres of land to settlers. The settlers had to meet certain conditions before they owned the land.