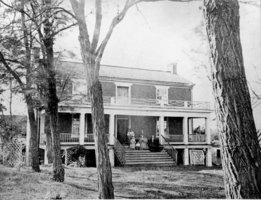 By 1865, it was clear that the North was going to win the Civil War. It was only a matter of time before the South was forced to give up fighting.

In February of 1865, General William Sherman's troops left Georgia. They were heading for South Carolina. This state was the first state to secede. Many soldiers and civilians in the North saw this state as the place where the rebellion had started.

Sherman had destroyed much of what he came across as he marched through the South. While he did, he gave orders to burn everything in his path. This included houses, farms, and bridges. Nothing was left standing after Sherman left a town. Until this time, there hadn't been a lot of fighting in South Carolina. The state had little damage from fighting. That would soon change. Sherman kept moving toward General Grant, the commander of the Union army.