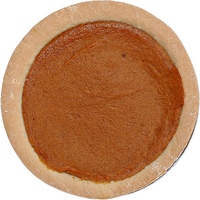 Jean closed the scrapbook softly. It had brought back so many memories of her grandmother and grandfather. Spending Thanksgiving at their house had been a special time for her.

Jean had made the scrapbook when she was in fourth grade. She put photographs in it. She drew pictures on the pages. She wrote notes and glued them to the pages. She put things she found in it, too. There were leaves, bird feathers, and all kinds of things on the pages.

Jean had fun making the scrapbook. After she began high school, she put the scrapbook away. She thought she was too busy to work on it. She put it on a shelf in her closet.

When Jean went to college, her mother put the scrapbook in a box. She put the box in the attic. The scrapbook stayed there for many years.

Then, on Jean's birthday, her mother had brought the scrapbook to her. She said that she thought Jean might like to see it again.