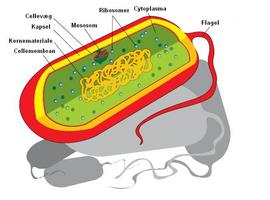 The Beginning of Life on Earth

Scientists believe that a kind of atmospheric "soup" of hydrogen, ammonia, and methane reacted when lightning struck them. They formed the building blocks of life. These building blocks are called amino acids. They form proteins. Proteins are the basic substances of living things.

Proteins were the first step. Other substances needed are DNA and RNA. These substances allow living things to reproduce. This is a basic characteristic of living things.

DNA carries the instructions for cell function. RNA can act as an enzyme that also helps cells function.