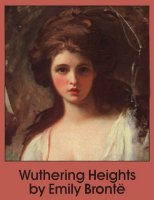 The Life of Emily Bronte

When some readers think of literature, it is hard for them not to think of the name Emily Bronte. Emily Bronte wrote the very famous novel, Wuthering Heights. What does the world know about this author?

Emily Bronte was born on July 30, 1818. She was the child of Patrick and Maria Bronte. She was the fifth baby out of six, five girls and a boy. Her father was an Anglican clergyman, so the family lived in a parsonage near the town of Haworth. Unfortunately, her mother died of cancer when Emily was only three years old, so her mother's sister moved in to raise the children.

Emily's surroundings were not exactly cheerful. Around the parsonage were the bleak moors of Yorkshire and the parish graveyard. Most would consider this setting somewhat depressing, to say the least. These surroundings, though, produced three very famous English novelists and sisters, Charlotte Bronte (1816 to 1855), Emily Jane Bronte (1818 to 1848), and Anne Bronte (1820 to 1849).

At the ripe old age of 6, Emily was sent to the Clergy Daughters' School at Cowan Bridge. This was a boarding school. Unlike schools today, the charity that ran the boarding school believed that a child should be punished physically so his soul would be saved. Most times, Emily and her sisters were hungry, cold, tired, and sick. Her sisters Maria and Elizabeth tragically died of tuberculosis or typhoid in 1825. Fearing the same would happen to Emily and her sister, Charlotte, the two sisters went back home. (Interestingly enough, this school made such an impression on Charlotte that she used it for the setting known as Lowood, the school in her famous novel, Jane Eyre.)

Now back at home with baby sister Anne and brother Branwell, the remaining living siblings became very close. Think about the modern day toys and games you play with and how you pass the time with your friends and family members. The Bronte siblings didn't have many toys and certainly no modern day video games, but they had their imaginations and a box of wooden soldiers. They loved to interact with these soldiers in a make-believe world. These games occupied the Bronte children for hours and hours! They even wrote stories, plays, and poems about these made-up adventures, which included Emily's poetry of the place called "Gondal."