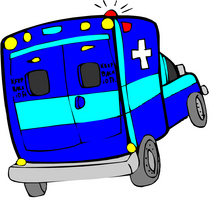 The Mystery of the Fifth Window, Part Two

In one part of the city, an ambulance screamed and careened down the streets, taking its passenger to the hospital for emergency care. At the university, however, in the deep recesses of the library, a much quieter activity was taking place. The committee for the Golden Medal of Science was having an important meeting. All three members of the committee knew that Professor Bean would be submitting his work for consideration, but they had no idea that he was unconscious at that very moment.

The committee members sat at a long rectangular table in a wood-paneled room. Glasses of water filled with sparkling ice cubes refreshed the committee as they discussed different parts of the award process. The French doors of the room gave them a view of the library's oldest, dustiest resources: reference books that never left the building.

Ms. Rod, a prickly woman in every sense, had an important question for the group. She was an economics professor at the university. Her hair was stiff and scratchy-looking. The hairs of her eyebrows shot out like cactus tines from her brow. Her beady eyes missed nothing. She was a terrifying person to deal with, and no one ever liked to disagree with her. She took a sip of ice water and then presented her dilemma to the group.

"We must decide about the California professor's request for a one-week extension on his submission. I personally do not want to grant the extension. What are your thoughts on this?" she asked.

Ms. Tub considered the request carefully. After all, it would set a precedent for other applicants who needed more time. She had a softer personality than Ms. Rod, but she also liked to follow rules. She taught home economics, and she was an expert on what she called "domestic management." She had a deep understanding of soufflés and muffins, as well as an arsenal of solutions for every type of culinary problem. To her, the world was one big kitchen; life's adventures were just recipes for learning.

"I agree with you," said Ms. Tub. She did not think it would be wise to disagree on this point, and she wanted to go bake chocolate chip cookies.

"I also agree that no extensions should be granted," said the third committee member, a quiet gray man named Mr. Disk. He taught accounting and was boring in every way.

The committee members did not know that their decision could dramatically affect Professor Bean. At this moment, Anna and Ben were also wondering about the professor. They were very worried. Would he live? It did cross their minds that even if the professor was fine, would he be able to submit his work on time for the award? The two students sat in the hallway of the hospital, waiting for news about Professor Bean. A doctor in a white coat walked towards them.