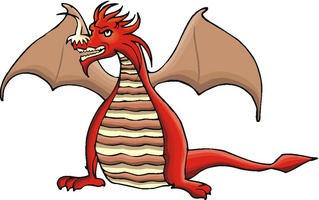 Elise could hear her parents talking to a visitor. Elise wondered who the visitor was. It sounded like Arran Sawyer's voice. What could he be doing here?

Slipping soundlessly into the kitchen, Elise checked the egg that rested in a bucket of hot sand just inside the fireplace. The sand felt uniformly warm. She pulled it toward her slightly, pushing her hand into the sand. Giving it a nod of approval, she pushed the bucket back again.

She went back to the door and cracked it open once more. The voices were murmuring quietly, and she couldn't hear the words distinctly.

She wished Arran Sawyer would go home. Better yet, go live in another village. He enjoyed causing trouble, and it followed him as fleas followed a dog.

Her father, the village baker, was not a bad man, just weak and easily influenced. Elise loved him, but she still wished he listened to wiser heads.

She glanced over at the egg warming by the fire. It would not hatch tonight. Maybe it would hatch tomorrow. "Sleep well, little dragon," she whispered before she went back upstairs to bed.

The Bakers' home was directly behind the shop in the village. Behind the house were the rows of ovens where rolls, breads, and pastries were baked for sale in the shop.

Tom Baker kept the fires banked at night so there would still be live embers to awaken with fuel in the morning. He hated having to waste fuel each night, so when he latched onto the idea of having a dragon, nothing could dissuade him from it. A dragon's fiery breath could quickly start the ovens in the morning, saving him a lot of work.

Tom had asked Mara and Montrose of the hill farm to keep an eye out for a dragon's egg, but nothing had come of it. Somehow Arran Sawyer had heard of his desire. Not long ago he had stopped by with the much-desired egg.