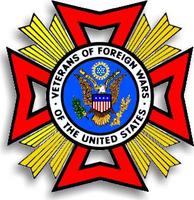 Sometimes arguments can turn into something bad. People can get very angry when they are arguing. People may shout. They may fight. They can even get hurt. Those kinds of arguments are bad.