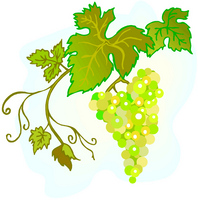 If your Aunt Louella often calls the psychic hotline to ask about her future, if she takes part in séances, and if she owns a Ouija board, she is most likely involved in the religion of Spiritism. Some sources insist that Spiritism is not a religion because believers don't meet and worship in a church building. However, other sources say that Spiritism is a faith that seeks physical and spiritual health through communication with the invisible beings that God created, making Spiritism sound very much like a religion.

Spiritism is the belief that spirits communicate with living beings. Spiritists believe that some spirits are the souls of people who have died, while others were created as spirits and were never human. It is believed that they have the answers to many questions about life and the future. Communicating with the dead is considered to be black magic.

Spiritism was founded by a French scientist and mathematician known as Allan Kardec in the mid-1800's. Séances were popular at the time. According to historical accounts, he was initially skeptical. After doing his own research, he came to the conclusion that Spiritism was real and not a hoax. Kardec claimed to have communicated with "superior spirits." He wrote five books based on what he learned. One might say that those books serve as scripture for Spiritists.