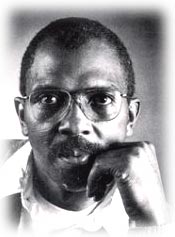 "Are you ready?" she asked.

"Yes," a choir of voices said.

"Let's go!" Mrs. Paulson said. Then she started to read these facts about the poet Etheridge Knight.

2. He joined the army at the age of sixteen and was discharged after being injured in Korea.

3. He returned to the United States with a narcotics addiction to the morphine with which he was being treated. He fell into a life of addiction and crime and was sent to prison in 1960.

4. While in prison, he developed a skill for writing and wrote Poems from Prison. His book was published in 1968, the year he was released and was wed to Sonia Sanchez.

5. Knight continued to struggle with drug and alcohol addiction after being released from prison.