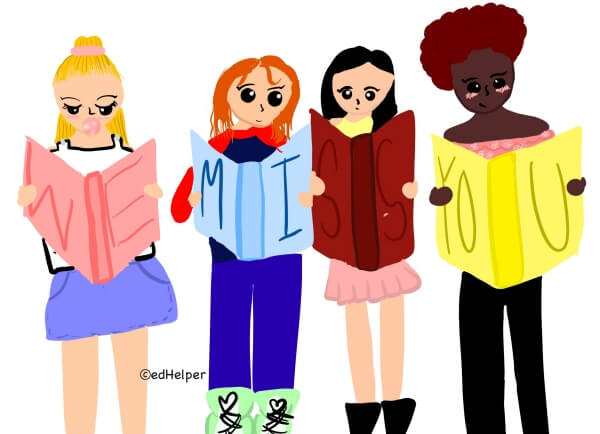 Kids are writing letters and drawing pictures for their teachers, and teachers want to let them know how much they miss being in the classroom! Teaching is one of the greatest professions. Can you believe that before schools closed due to COVID-19, there was a teacher shortage? With low pay and overwhelming demands, many new teachers choose to leave education after a few years. College students are majoring in other careers that promise better pay and benefits. As one teacher puts it, "After almost forty years in education, I can say that the answer is in the word itself: "T-E-A-C-H-I-N-G"! To imagine what teachers must be missing the most, we invited Jean Haack, a former teacher, to come up with eight things she misses the most.

As a sixth-grade teacher, it was a triumph watching insecure Donald kick his first home run during indoor gym class. When I taught fourth grade, I triumphed with Mary and her mother after her state testing scores showed she'd improved two years in reading. While teaching special needs students at the high school level, I had the pleasure of sharing triumphant news with Josh, a senior with a reading disability. Josh had failed the Language Arts portion of the Graduation Qualifying Exam four times, but on his fifth and final opportunity, he passed and would graduate with a diploma.

Exciting experiences are part of teaching. For me, those experiences made me a lifelong learner. For example, I've had the pleasure of monitoring students as they assembled animal skeletons from owl pellets. On two occasions, I joined fourth and sixth graders as they trekked through deep snow at a county park. In 2011, I met WWII veteran Don Beaty, who survived nearly five days at sea after his submarine, the USS INDIANAPOLIS, sunk. In an auditorium filled with 1,000 high school students, you could have heard a pin drop as the aged sailor shared his harrowing experience.

Aha moments happened unexpectedly. One of these moments occurred while I was teaching fourth grade. Jerry, a new student, was the largest student in my class that year, and he had trouble controlling his behavior. He was unhappy and extremely restless. One day, I saw Jerry visiting our school's custodian, a retired police captain. Imagine that! Anyway, an idea hit me-and it worked! For every day Jerry followed the rules, he earned five minutes. Then, on Friday afternoon, Jerry's reward was that he was allowed to use all his earned time helping the custodian! The two formed a caring relationship, and Jerry's self-esteem blossomed. You just have to think outside the box!

When you're an educator, you meet children from numerous backgrounds and cultures. David's Korean mother used to send her homemade egg rolls to the class. Delicious! Mimi, a fourth-grader from Japan, spoke no English when she transferred into my class, but quickly made friends after she used her origami skills to make a different animal for each classmate. I'll always remember Kasra-a frightened third-grader who appeared at my classroom door in 1980. Kasra fled Iran with her mother and sister during the revolution. Her father, a military leader for the Shah, knew he and his family were in danger. Kasra left behind her father and cat. Her life had been torn apart by war. Kasra was the reality of what I'd been watching on the news each night. Also, during the last twenty years, I've worked with hundreds of Hispanic students and their parents. Their presence has affected the dynamics of the school's student population. When you work with different students, you have the opportunity to build a broader perspective of our nation's people. Teaching has shown me how cultural diversity strengthens our nation's character.

When you're teaching, humor happens! I remember one August, just after school started, the flies were constantly landing on students' desks in my sixth-grade classroom. One of the boys, Jon, had been making a game out of trapping a fly, then pulling a couple of long hairs from the head of the girl in front of him. I don't know how he did it, but he'd tie the hair strands around the fly, and presto! Jon had himself a "fly on a leash." I wanted to catch him in the act, so one day, as I was writing on the blackboard, I caught a glimpse of Jon as he was reaching to pull a hair from Suzie's head. "Jon, leave your fly alone!" I yelled. Then I realized what I'd said . . . I don't know whose face turned redder-Jon's or mine.

When you're teaching, you have an impact on young people. Eight years after teaching Kenny, I received a thank-you letter in the mail. Kenny had just graduated and was heading off to college, where he was going to major in accounting. The former student wanted me to know that he realized his love for math while he was a student in my fourth-grade classroom. He wrote that he appreciated all the fun activities and games I'd used to teach. Then, there was Julian. She was influenced to become a special education teacher after taking my Peer Tutoring class as a junior. She enrolled in Peer Tutoring to fill up her schedule and found she really enjoyed working with students with special needs. After graduating from college, Julian returned to her former high school and became one of our Special Needs teachers.

Ask any teacher, and he or she will tell you that every school day is different. A typical week could include a field trip to the pumpkin patch, monitoring students who are working online, and recording students' test scores. Some days involve PowerPoint presentations, vocabulary drills, and/or identifying leaves. Just when you think everything is routine, a frantic email arrives from the biology teacher. His pet python is missing. Yes, that's how it is in teaching!

The number of school-age students is expected to grow. At the same time, older, experienced teachers are retiring. For soon-to-be, new, and experienced teachers, the pendulum has started to swing in your favor. Stay the course if teaching is your passion. Legendary coach John Wooden said,"I think the teaching profession contributes more to the future of our society than any other single profession." I agree. 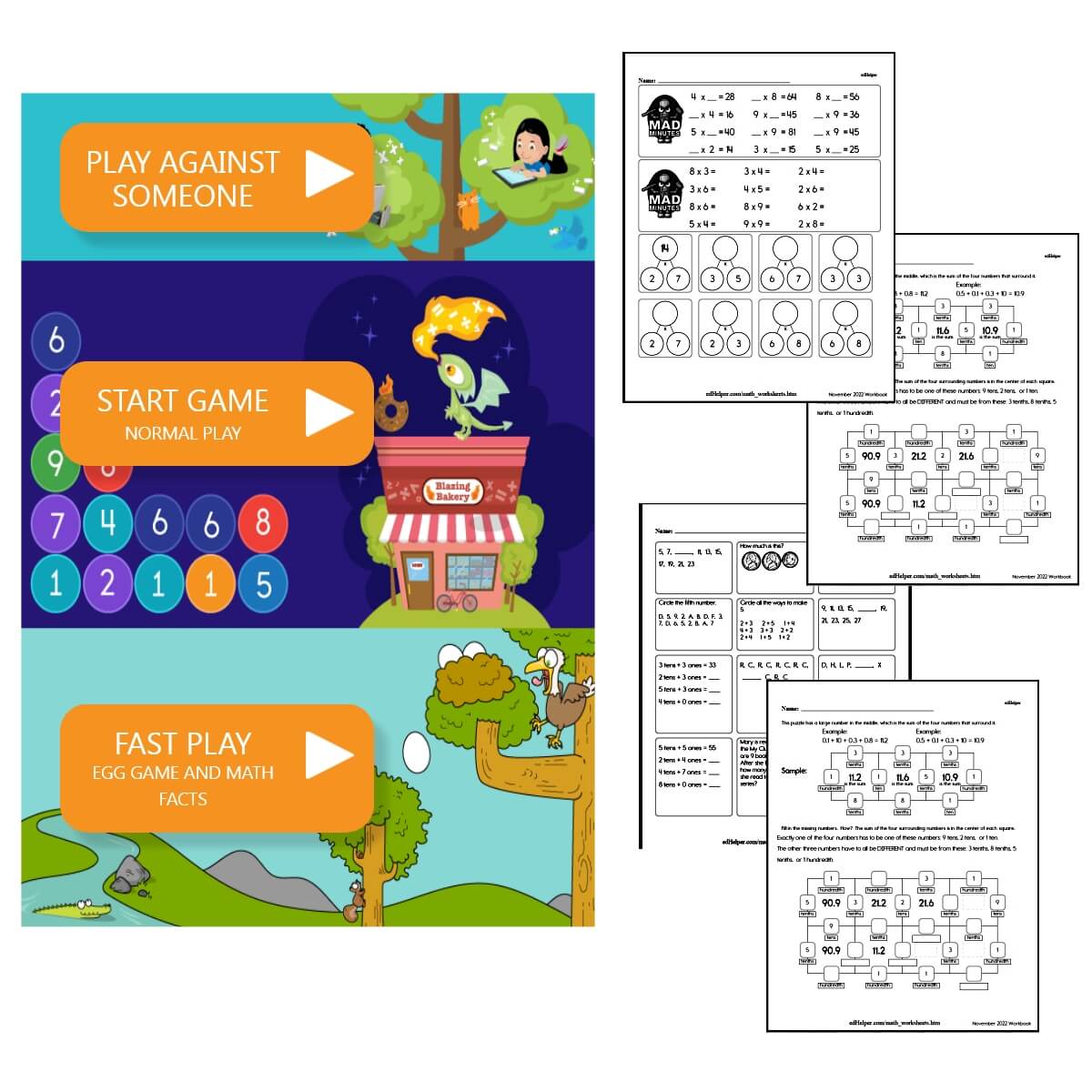 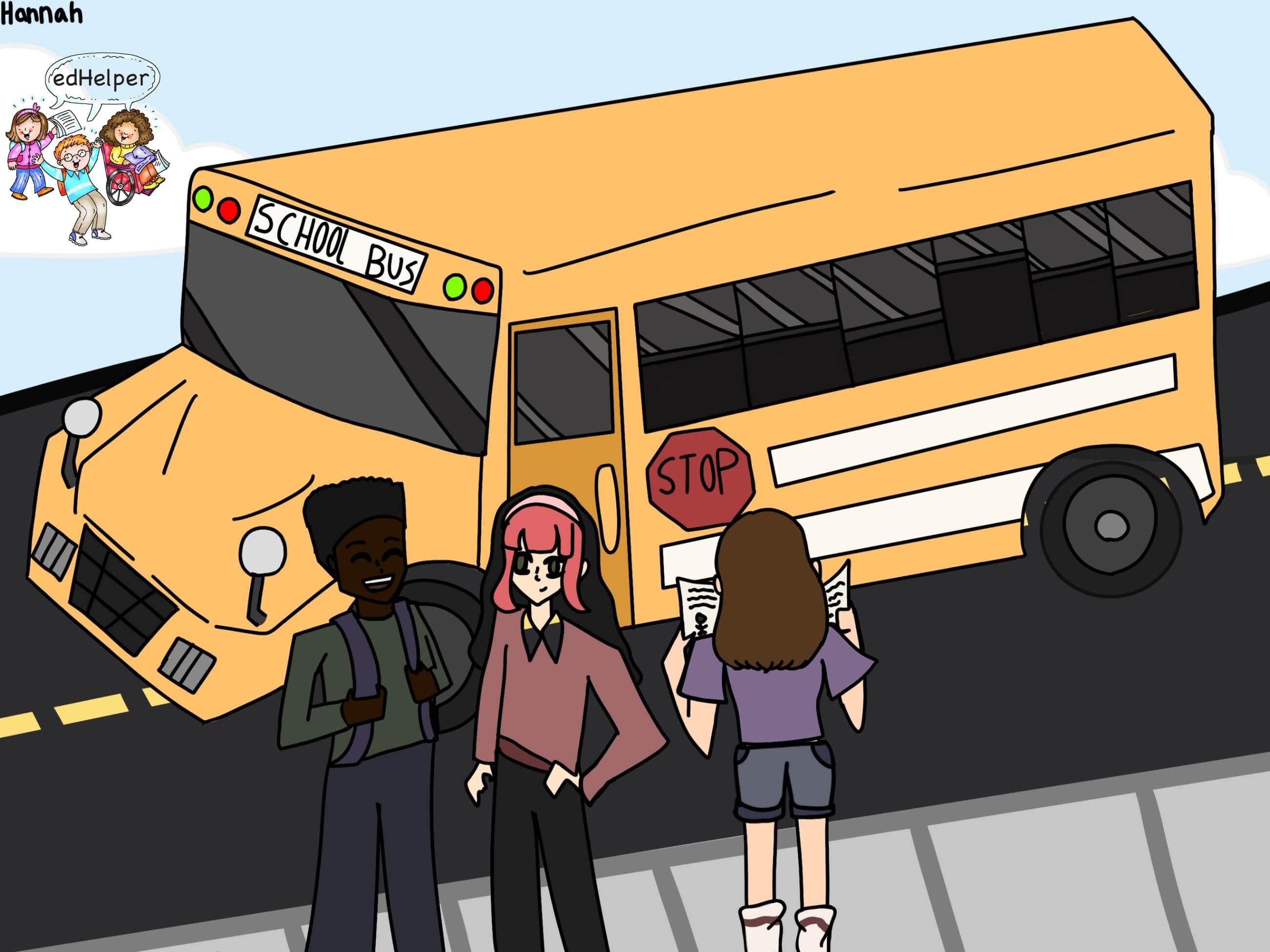 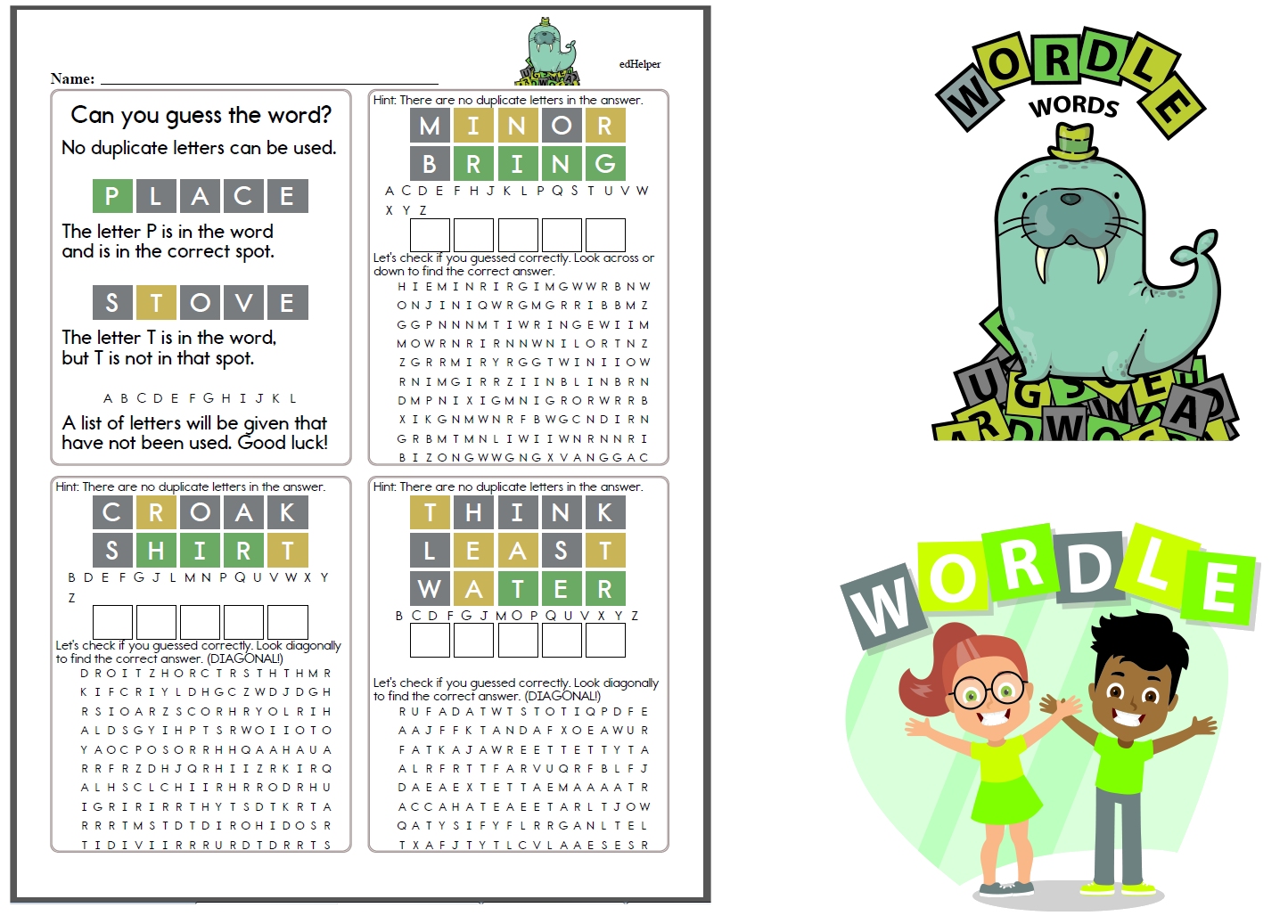 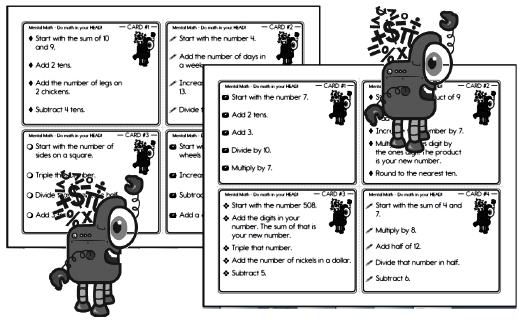 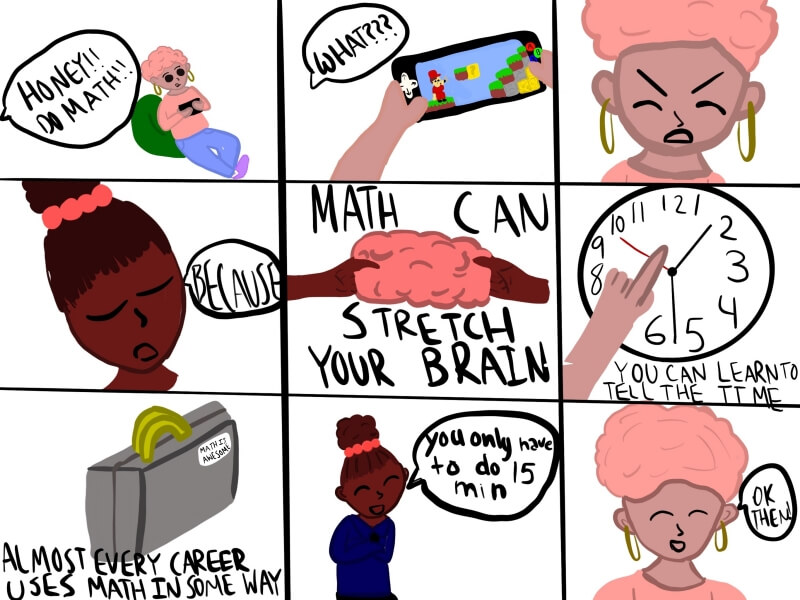 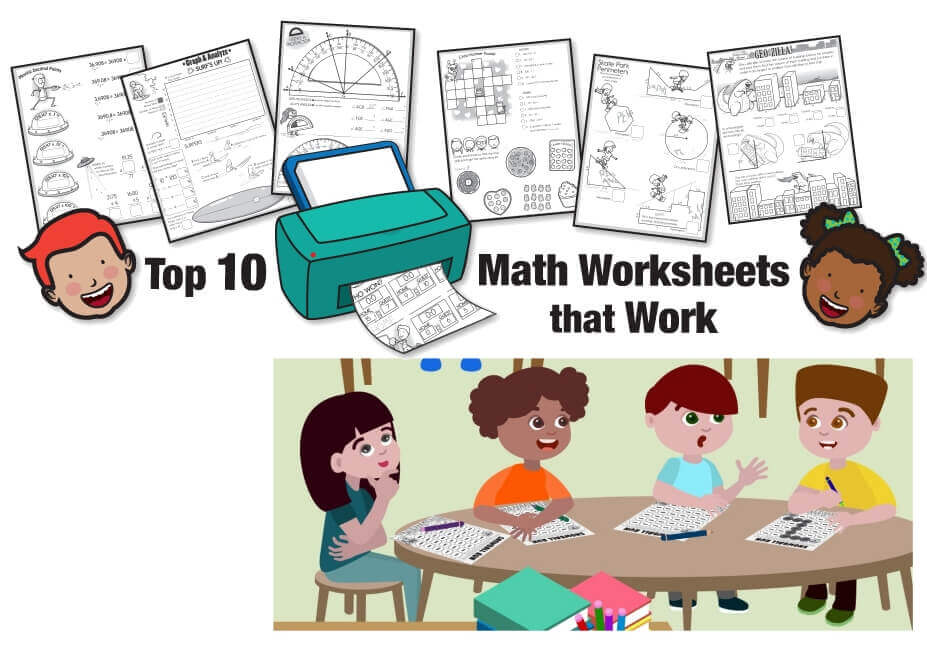 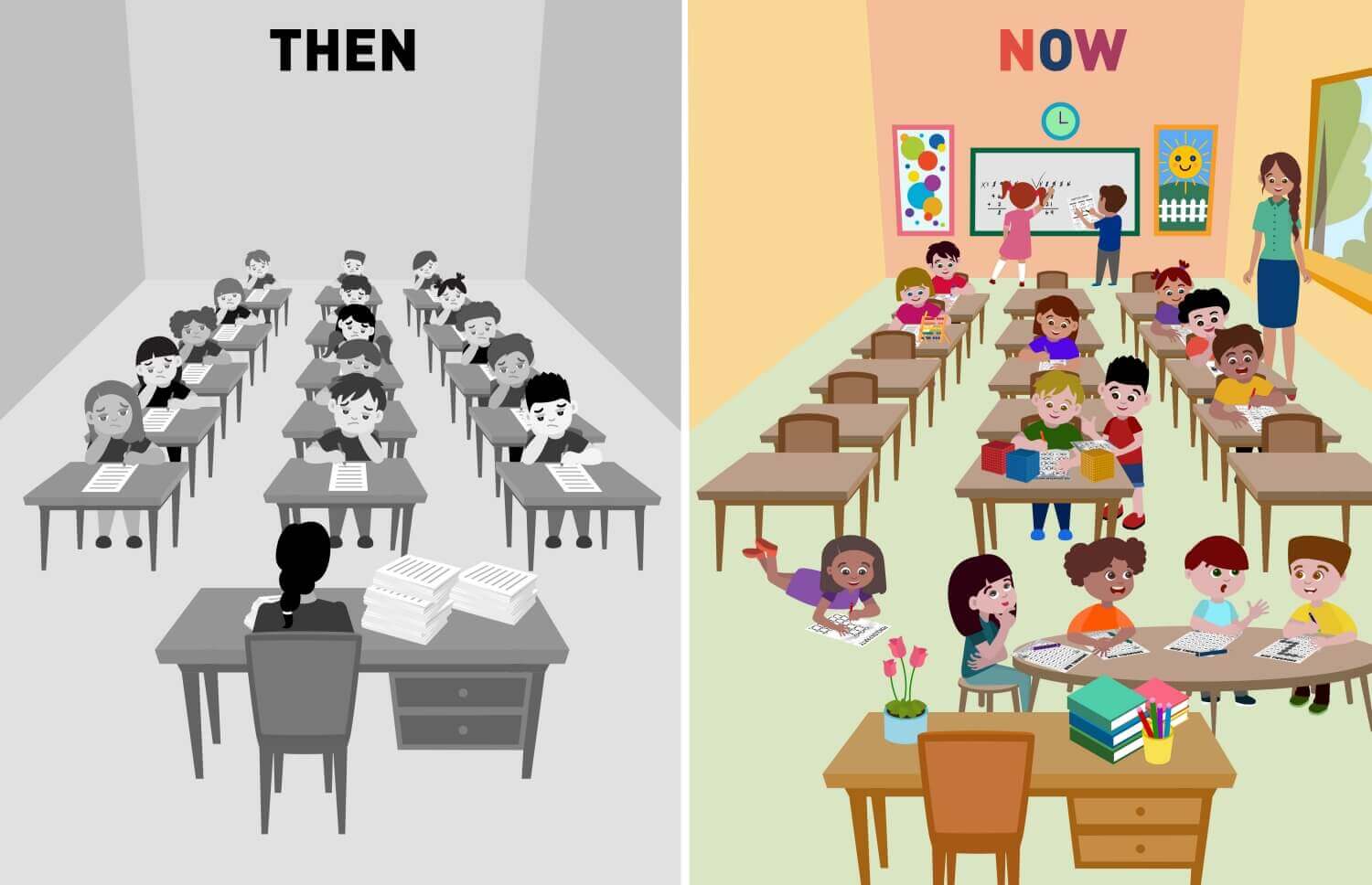 Do Math Worksheets Really Work? What We Found May Surprise You. 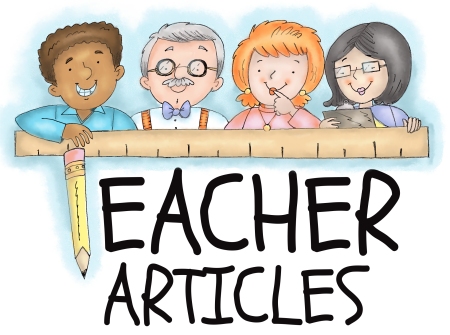 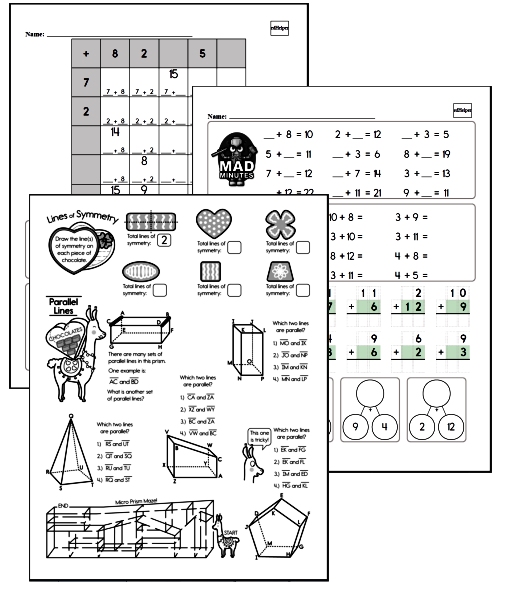