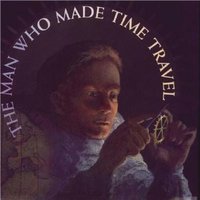 By the 1700s, people had been sailing across the oceans for many years. But there was a problem. Once a ship was out of sight of land, there was no way of knowing the ship's exact location. Misjudging a ship's position led to many tragedies at sea. Lives were lost, and so were supplies and even entire ships.

Sailors used instruments like the astrolabe to measure the positions of the sun, moon, and stars. This gave them some idea of where their ship was located north and south. But there was no way to find the ship's position east and west. A clock that could travel on ships and keep the correct time was needed.

The clocks of the day were useless at sea. Even some of the best clocks could lose ten minutes each day. This resulted in an error of 120 miles. The ship's motion and the salty sea air caused clocks to gain or lose time or even stop working altogether. A new invention was needed. In 1714, the British government offered a huge cash prize to anyone who could solve the "longitude problem."