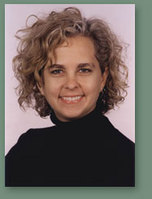 A college student was given an assignment. She had to write an essay describing something. It had to be five hundred words. Those were the only directions that she was given. The student did not know what to write about. She left her assignment until the last minute.

The night before her essay was due, she went grocery shopping. As she walked toward the door of the store, she noticed a woman sitting on top of a bag of dog food. The woman had a tambourine. She was singing a song that she called "Smug Old Moon." The woman stuck out her tambourine and asked for money. That night, the college student knew she found the topic for her essay. She wrote about the woman from the grocery store.

Kate DiCamillo was that college student. A week after she turned in her essay, her teacher read it to the class. Her teacher said that it was extraordinary. He said it was extraordinary because Kate took the time to see the person that she was writing about. He said that it is the writer's job to pay attention and see the world. Not until years later did Kate understand what her teacher meant when he said that writing is seeing.

Kate DiCamillo was born on March 25, 1964. She was born in Pennsylvania. Her mother was a teacher. Her father was an orthodontist. She has an older brother. When Kate was five years old, she moved to Florida with her mother and brother.